People don’t pull back the curtain on their journey enough without an agenda. So today, I want to tell you about the behind the scenes of my YouTube journey AND share a life a biz update. No hidden agenda here – just sharing my thoughts!

Behind the Scenes of my YouTube Journey + LIFE AND BIZ UPDATE!

First, I want to say THANK YOU to this episode’s sponsor, TubeBuddy!

TubeBuddy has been massively impactful in my YouTube growth journey, and I’m so excited to be partnering with them. If you want to start and grow a YouTube channel, and A/B testing, thumbnail generators, research and analysis tools, and so much more sound great to you, try out TubeBuddy for 30 days totally free! Click here to try it out.

You can hear a TON more about this story in the audio version of this post. But to make a long story short, I am giving up my studio space and converting it into a retail store (that will have had its opening weekend right before you listen to this!).

I rented a studio space in the downtown area of where I live so that I could use it to film, and so my assistant could work there full-time. But it QUICKLY turned out that, because of noise, I wasn’t able to film in there. And I realized I really do just enjoy working from home! So, I decided to flip it into a retail space.

The retail space is called The Foundry Downtown and it’s a store that allows small businesses, artisans, and other local creators to rent spaces inside of it to sell their products! If you’re ever in West Jefferson, NC, you should definitely stop by and see us.

I also want to talk about my YouTube journey and vision right now!

When I signed the lease on the studio, it was very much so to lean into the Creator side of YouTube. I wanted to transition out of the “1 2 3 4 5” tutorial space and into more of the creative space! And that has been clouding my brain recently. I brought it up 4 or 5 months ago, but I still haven’t executed on it.

In order to have the YouTube channel and audience I want to have, I NEED subscribers who want more from me. Up to this point, my entire YouTube strategy has been focused on search – and that has totally helped me grow, and I would absolutely recommend that you start a channel with that strategy! But in order to keep growing, I really need subscribers who want everything I put out instead of another tutorial about Facebook ads.

In the past, I’ve viewed YouTube as an asset to my business. But now, I really want to see YouTube as THE business.

Don’t get me wrong – I will always have and create courses. But I REALLY want to lean into the creator side of my business, too!

I say all of this to tell you that NOBODY has it all figured out. If you feel like you have a million ideas and change things up a lot – we all do it. And it’s okay.

I started on YouTube in 2016. And that’s also the time when I leaned into the “infopreneur/course creation” business model. Up to that point, I was a graphic and web designer full time. So in 2016, I off-boarded my last web design client and released my first (and 2nd and 3rd!) successful course.

Even though I started my YouTube channel in 2016, I didn’t get INTENTIONAL with it until mid-2017. Let me explain.

In 2016, I just started throwing videos up to help the SEO of my blog posts. Literally no strategy or consistency, and I didn’t even show my face in videos at that point. Flash forward to June of 2017 – I logged in to YouTube and realized I had more than 400 subscribers! That moment was a switch that made me realize I should lean into the platform.

I made a post in my Facebook group asking people to help get me to 500 subscribers, and I hit that number near the end of June 2017. A lot of people in my industry weren’t (and still aren’t) on YouTube, and I knew I wanted to grow on the platform even more. So I became a student of the platform.

The event that changed the game

I found a lot of people to learn from, and I found Tim Schomoyer at exactly the right time! He was opening the doors for applications for an in-person “mastermind” weekend for YouTube. He wanted new YouTubers to come to an intensive with him and some other creators in September 2017. It was application only and they were only letting 20 people in – and I made up my mind that I was GOING to that event.

Something you should know about me is that I will never pay to JUST learn in an in-person setting. I will absolutely pay to learn, but the goal won’t be just to learn. If I’m going to show up in-person, the goal is going to be relationship-building.

Making connections is so important!

By the time I went to Tim’s event in September, I had 1700 subscribers. I learned a lot and I had already done so much work on my channel just after being accepted to go. We did channel audits of each other, and the experts audited us too, and they had a few things for me to correct but mostly told me to keep going on my same trajectory.

I walked away from that event with great knowledge, but also lifelong friendships. Some of the students there are great friends of mine now, and we have all been on this journey of growth together. Tim and I are also good friends, and Jeremy Vess (another expert) as well as Darrell Neaves are both people who I love and have worked with in the past.

Some aspects of my strategy (like thumbnails) have changed over time, but for the most part I’ve maintained the same overall strategy. And my search-based strategy has worked REALLY well for me! And I’d recommend that newbies start out there too!

But now I want to expand my strategy to bring in new subscribers. I just feel like I’m at the point where I have to make the decision: either I’m always and forever going to be just a how-to channel, or I’m going to broaden that and lean into the influencer side and focus on my current subscribers. And I’ve decided to follow the trajectory of using YouTube as a main piece of my business rather than an asset to my biz!

I’m so excited for you to go on this journey with me.

Content marketing is a majorly awesome tool for your business. So I’m talking about the power of content marketing, how to use it in your business, and why it’s so important to the longevity of your brand! The Power of Content Marketing Want to listen to the podcast version of this post? I’ve got you…

Trying to figure out how to hire someone, who to hire, or decide if you even need to? I’ve got all the tips about making your first hire right here! Making your First Hire! Want to listen to the podcast version of this post? I’ve got you covered! I’m really excited to talk about making…

You hear all things of things about what you should be doing to grow your business. You hear that you should be putting more free content out into the world. You hear about blogging, podcasting, YouTubing, and Facebooking and ALL THE THINGS.  But what is right for you? Should you be a podcaster? Or should… 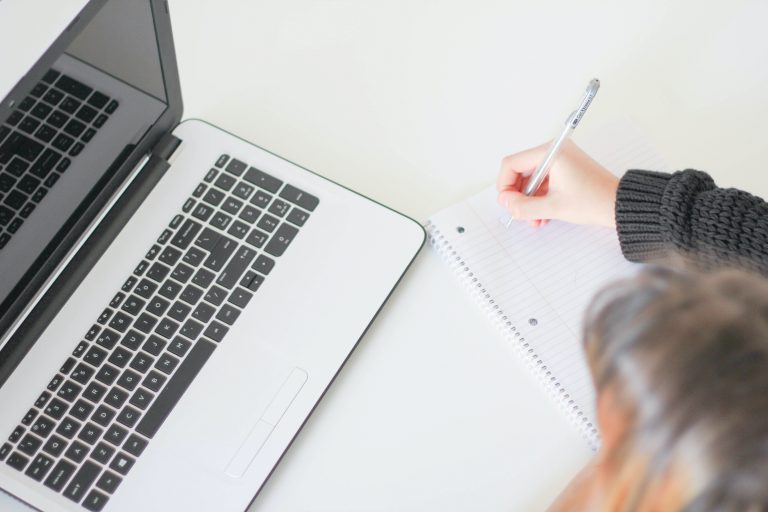 I see it ALL the time: someone gets into the entrepreneur space, sees someone else creating a course, and tries to jump right in and create their own. Courses are exciting, so I get it! But a lot of times, we have that thought before we’re ready to actually create a course. So let’s dive…

Have you ever struggled with guilt? Like, Momma guilt or working Mom guilt or #allthethings guilt? Maybe you’re struggling with wanting it all and that makes you feel guilty? Well, I have news, I have the key to beating that guilt in today’s episode. Follow me on the ‘gram www.instagram.com/jessicastansberry 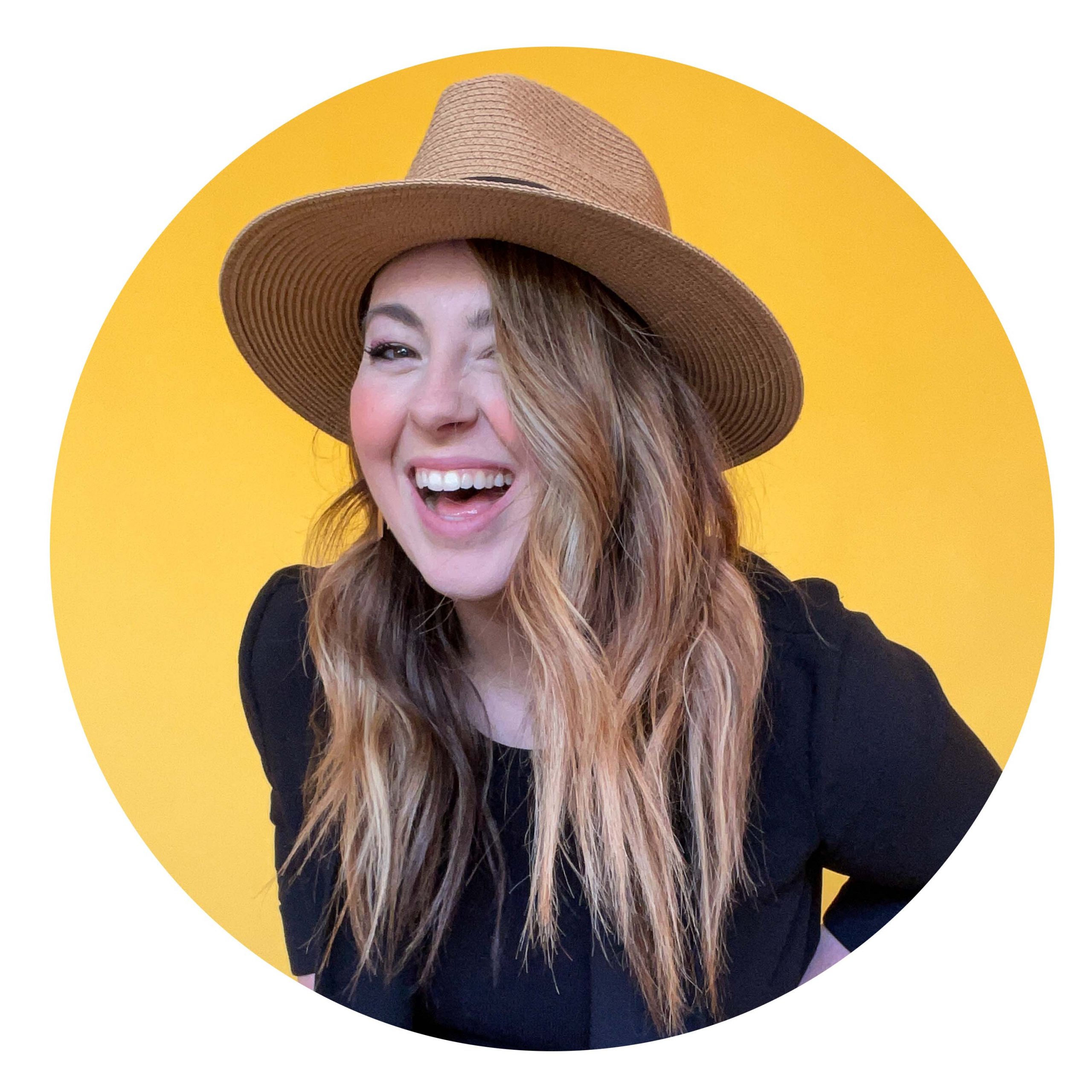 If i can do this, you can too. Full video on YouTu

Ok - i mean, only a few years late @instagram 😂

At this point, it’s Rip’s world and we’re ju

I’m on a REEL roll these days 😂 #creator #con

How I’m planning to be more active outside of my

It’s kind of amazing what a little editing will